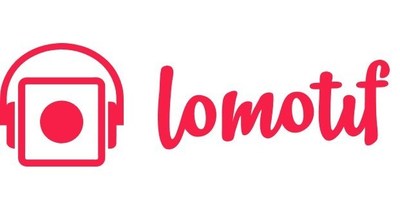 ATU co-owners, Om'Mas Keith and Adrian L. Miller, have announced that the movie soundtrack for Karen, a modern dramedy thriller directed by Coke Daniels, will be exclusively available on the e-nft.com platform.  The movie's 11 record soundtrack features music from world-renowned artists such as Anderson .Paak, CeeLo Green, Kota the Friend, Knox Brown and V-Bozeman, as well as an introduction to new artists from A Tiny Universe music label‒ WxLF, Pregnant Boy, and Gumbo.

Om'Mas Keith, a Grammy Award-winning music producer and current Secretary/Treasurer of the Recording Academy, is known for his work producing for Kanye West, Jay-Z, and Frank Ocean, among others. His partner at ATU, Grammy winning music producer/manager, Adrian L. Miller, is co-executive producer and music supervisor of Karen. Miller helped to launch the career of Anderson .Paak, and has worked with artists such as RZA and Flo-Rida.

When asked why the soundtrack for the movie Karen should be made available as an NFT, ATU partners, Keith and Miller, stated "the landscape ripened for interactive soundtracks giving fans and audiences a more immersive and intimate experience. With that in mind, we partnered with Emmersive Entertainment to make it happen!"

Emmersive Entertainment is well versed in the space of streaming NFTs, having partnered with Tory Lanez on his August 10, 2021 released album, When It's Dark, to sell 1 million copies of his album in under a minute ‒ among other NFT driven projects. "It is exciting to be working with industry legends such as Om'Mas and Adrian. The soundtrack is another step in our focus on leveraging blockchain technologies to disrupt consumer facing industries," said Emmersive CSO, Brian McFadden. "With our partners at Lomotif providing traffic for our NFT platform we look forward to continuing our growth."

The NFT streaming soundtrack will be available for purchase for $3 at e-nft.com beginning on September 21, 2021 at 5PM ET and will remain available for sale until 5PM ET on October 21, 2021.

ATU is also offering a Limited Edition version of the NFT featuring 3 music videos, 9 pieces of art, behind-the-scenes with the film's Director Coke Daniels, and a downloadable score in addition to the soundtrack. The Limited Edition will sell for $20 with only 5,000 available.

Karen is a dramedy thriller, directed by Coke Daniels and starring Taryn Manning, about a young black couple who move to a white development and have to fight back against the increasingly racist and sinister Karen, their white neighbor who attempts to force them out of the community. The film title refers to the viral stereotype of the same name, and was released on September 14th on all platforms partnered with BET/BET-plus, and Quiver distribution. The film has seen early PVOD excitement; Amazon having reported it as #15 on their best-selling new and future releases.

About Vinco Ventures, Inc.
Vinco Ventures, Inc. (BBIG) is a selective acquisitions company focused on digital media and content technologies. Vinco's B.I.G. (Buy. Innovate. Grow.) strategy is seeking out acquisition opportunities that are poised for scale and will BE BIG. For more information visit Investors.vincoventures.com.

About ZASH Global
ZASH Global Media and Entertainment Corporation is an evolving network of synergetic companies working together to disrupt the media and entertainment industry. The ZASH team has both organically built and acquired an ecosystem of interrelated companies in the consumer entertainment technology space. ZASH is managed by a group of smart, if not somewhat brazen, consummate disruptors. ZASH believes its management team has an exceptional and unparalleled ability to pivot because their knowledge and experience is steadfast and unyielding. For additional information about ZASH Global Media and Entertainment Corporation, visit Zash.global.

About Lomotif
Lomotif is a leading video-sharing social networking platform that is democratizing video creation. Since its founding in 2014, Lomotif has been granted three technology patents uniquely focused on empowering creators to share and watch short videos with ease through remix and collaboration,  demonstrating its bold vision to build the world's largest video vocabulary to accelerate the world's transition to video-first expression. Lomotif, available in the Apple and Google stores, is a breakthrough downloadable app for hip hop, rap, and urban culture across the United States, Latin America, Asia, Africa and worldwide. With 500 million historical downloads, Lomotif is a rapidly growing social media powerhouse and was selected by Snapchat as one of five partners for a bi-directional integration for posting stories between the two platforms. For additional information about Lomotif Private Limited, please visit Lomotif's website at Lomotif.com.

Forward-Looking Statements and Disclaimers
To the extent any statements contained in this press release contains "forward-looking statements" as defined in the Private Securities Litigation Reform Act of 1995 and the information that are based upon beliefs of, and information currently available to, the company's management as well as estimates and assumptions made by the company's management. These statements can be identified by the fact that they do not relate strictly to historic or current facts. When used in this presentation the words "estimate," "expect," "intend," "believe," "plan," "anticipate," "projected" and other words or the negative of these terms and similar expressions as they relate to the company or the company's management identify forward-looking statements. Such statements reflect the current view of the company with respect to future events and are subject to risks, uncertainties, assumptions and other factors relating to the company's industry, its operations and results of operations and any businesses that may be acquired by the company. Should one or more of these risks or uncertainties materialize, or the underlying assumptions prove incorrect, actual results may differ significantly from those anticipated, believed, estimated, expected, intended, or planned. Although the company believes that the expectations reflected in the forward-looking statements are reasonable, the company cannot guarantee future results, performance, or achievements. Except as required by applicable law, including the security laws of the United States, the company does not intend to update any of the forward-looking statements to conform these statements to actual results. 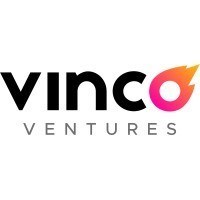